With an over twenty year legacy of storytelling, award-winning publisher of comic books and graphic novels IDW is launching a slate of exciting new original projects under the name IDW Originals! Featuring New York Times best-selling authors, some of the industry’s finest artists and writers, and newcomers destined for greatness, these nine can’t-miss stories, publishing on a monthly basis, will reflect a wide selection of genres: crime thriller, supernatural horror, science fiction, epic fantasy, and more.

Launching with Scott Snyder’s Dark Spaces: Wildfire in July, but with plans expanding into 2023 and beyond, this is only the beginning for IDW Originals.

Here’s a look at what’s to come: 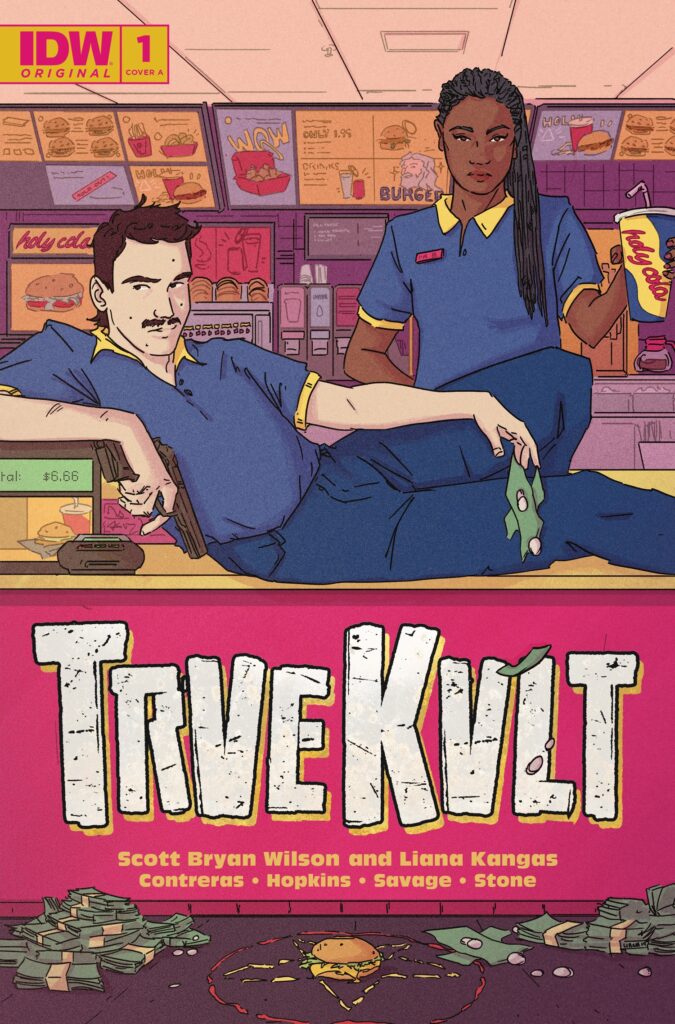 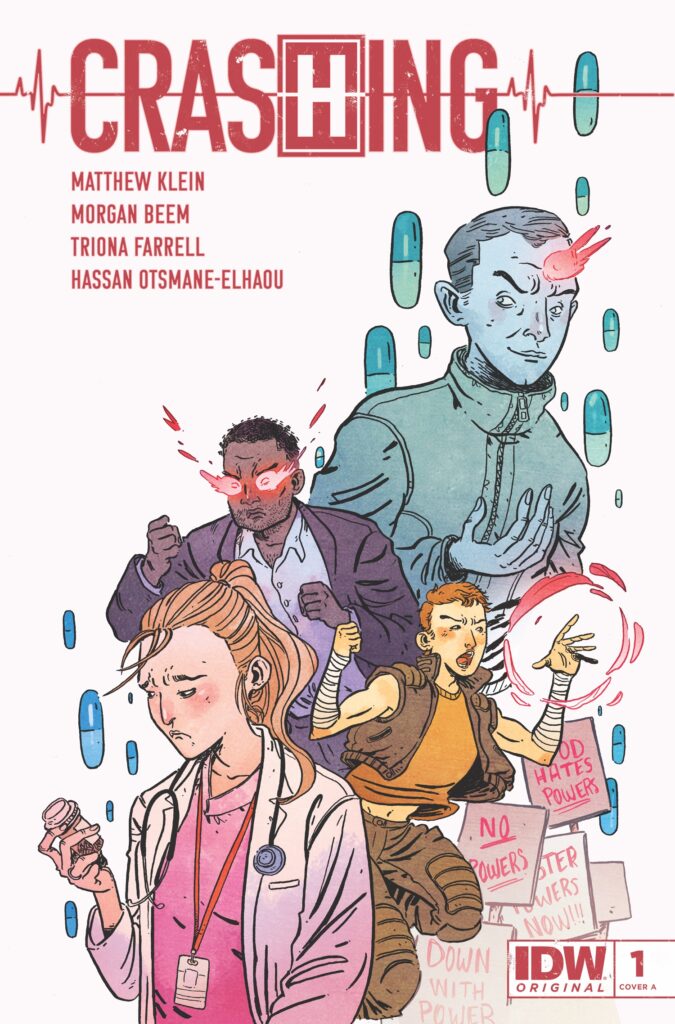 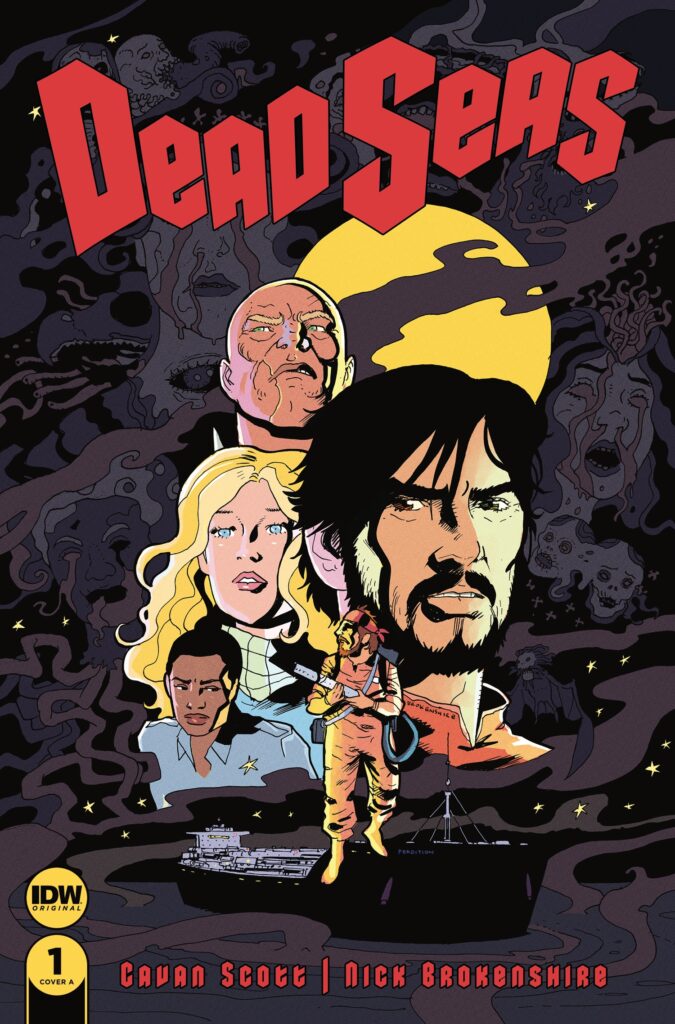 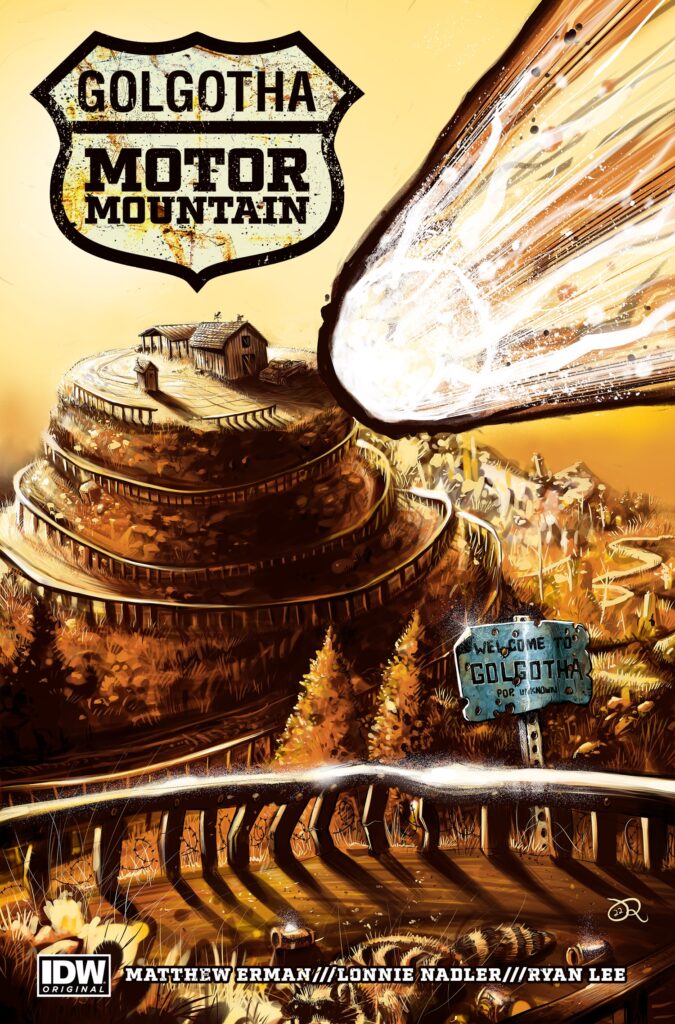 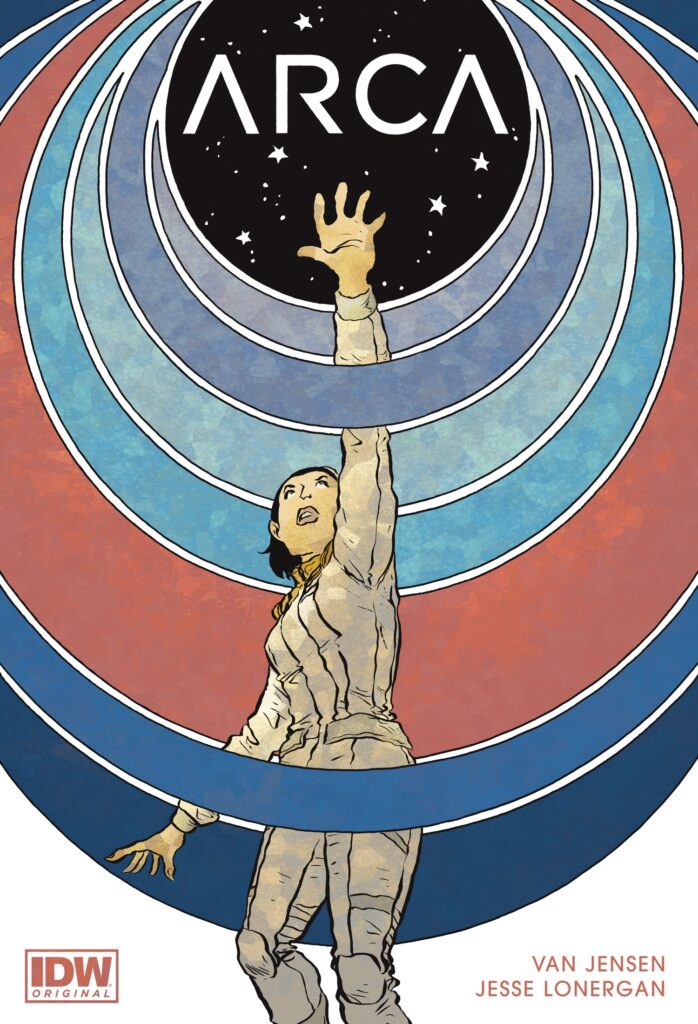 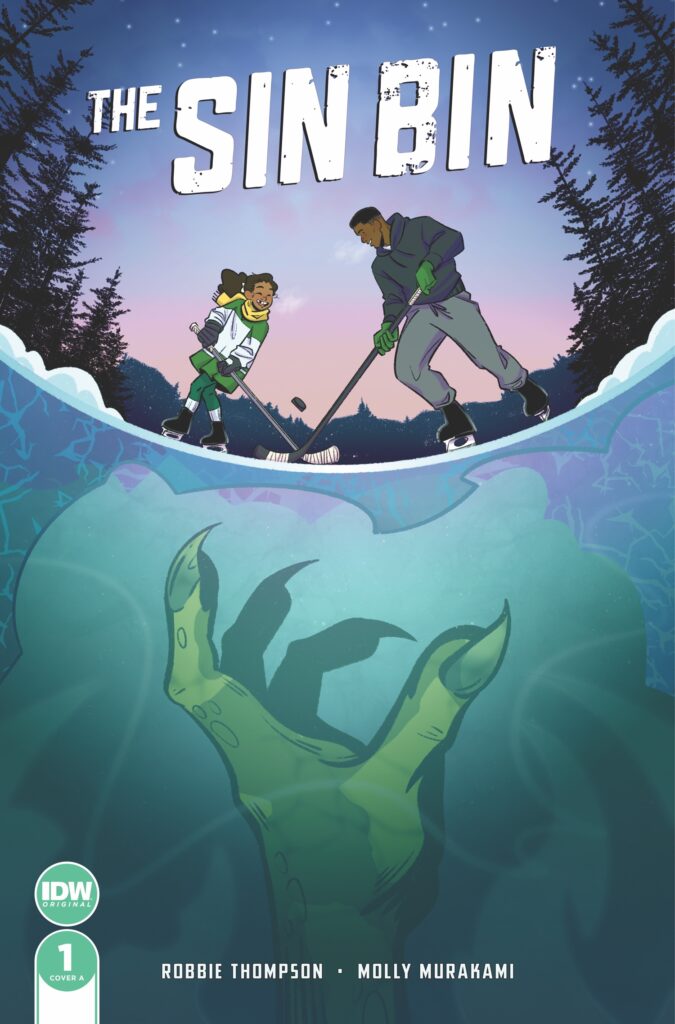 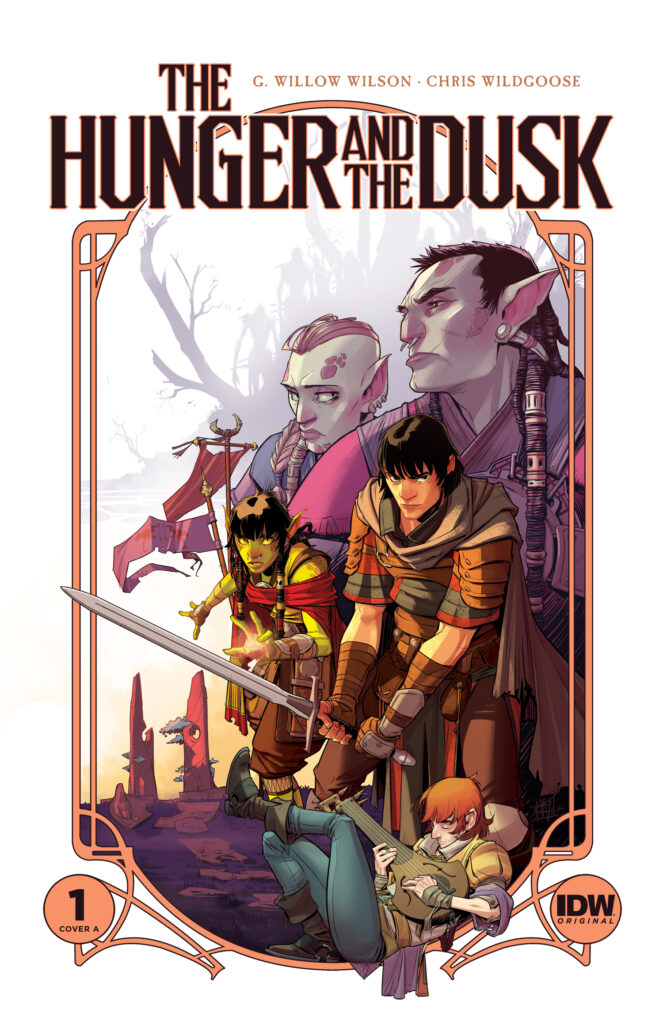 Read the full press release from IDW Publishing below:

SAN DIEGO, CA (April 14, 2022) – Get ready for the next evolution of original content as IDW, the award-winning publisher of comic books and graphic novels, proudly announces a slate of new original projects by New York Times best-selling authors, some of the industry’s finest artists and writers, and newcomers destined for greatness!

“A year ago we gave ourselves a mission: to make IDW the destination for premier talent and rising stars,” says Mark Doyle, editorial director of Originals. “This is an unprecedented moment in IDW’s history, and there’s been a tremendous team effort from our creative and editorial teams and everyone at the company to develop a stellar slate of original stories—and we’re having a blast doing it!”

The first nine projects announced include the following:

Dark Spaces: Wildfire, a thriller series written by Scott Snyder with art by Hayden Sherman, follows a group of female inmate firefighters deep into the smoldering California hills, where their desperate heist of a burning mansion will lead them to the score of a lifetime…or a deadly trap!

Trve Kvlt, a five-issue miniseries written by Scott Bryan Wilson with art by Liana Kangas, introduces Marty Tarantella, a down-on-his-luck loser whose last-ditch scheme to escape a lifetime of fast-food service sets him on a collision course with a cult of violent, Devil-worshiping lunatics!

Crashing, a five-issue miniseries written by Matthew Klein with art by Morgan Beem, throws open the doors of an emergency room filled with casualties of a superhuman war, where Rose Osler, a doctor on her own path of addiction and recovery, faces the most dangerous day of her medical career.

Earthdivers, an ongoing series written by Stephen Graham Jones with art by Davide Gianfelice, unites four Indigenous survivors in an apocalyptic near future as they embark on a bloody, one-way mission to save the world by traveling back in time to kill Christopher Columbus and prevent the creation of America.

Dead Seas, a six-issue miniseries written by Cavan Scott with art by Nick Brokenshire, transforms a cynical convict into a reluctant hero when he’s trapped on a sinking prison ship swarming with ghosts. Can he unite desperate criminals, pirates, and brutal guards as they try to escape a watery grave?

Golgotha Motor Mountain, a five-issue miniseries written by Matthew Erman and Lonnie Nadler with art by Ryan Lee, is a high-octane, redneck motor massacre about two meth-cooking brothers and their attempt to make it home in one piece as all manner of cosmic alien horrors are hot on their trail.

Arca, an original graphic novel written by Van Jensen with art by Jesse Lonergan, leaves a dying Earth behind as billionaires establish a luxurious new society out among the stars, tended to by teenage indentured servants. But one girl discovers that the good life promised for their years of servitude was a lie…

The Sin Bin, a six-issue miniseries written by Robbie Thompson with art by Molly Murakami, hits the road with washed-up hockey player Dale “Dukes” Duquesne, who moonlights as a monster hunter during away games with his daughter, Cat, in tow, hoping to find her mother’s killer.

The Hunger and the Dusk, a twelve-issue storyline written by G. Willow Wilson with art by Chris Wildgoose, upends an age-old conflict between humans and orcs by introducing a new, deadlier species. Fragile alliances form—and unexpected romances blossom—as former enemies wade into battle together to save their two races.

“Throughout our history, IDW has provided a supportive environment for passionate creators to pursue their artistic vision, taking form as such beloved titles as 30 Days of Night, Locke & Key, V Wars, Canto, October Faction, and Wynonna Earp, just to name a few,” says publisher Nachie Marsham. “Our new Originals editorial division, spearheaded by Mark Doyle, reflects our commitment to building upon that legacy. More than ever before, we are reaching out to the creative community, welcoming fresh ideas that span a diverse range of genres, and offering audiences wild new worlds to explore.”

The nine titles announced today are just the beginning for IDW, as the company has numerous additional projects underway for 2023 and beyond, including a comic book series by Academy Award–winning director, screenwriter, novelist, and showrunner John Ridley (Netflix’s upcoming Shirley, Let It Fall: Los Angeles 1982-1992, The Other History of the DC Universe) and several original graphic novels aimed at middle grade and YA audiences.

In addition to publishing plans, IDW will be developing these properties for film, television, and other entertainment mediums.

Please stay tuned to the official IDW social media channels for the latest updates on the upcoming slate of original comic books and graphic novels. Fans are encouraged to visit their local comic book shops to place pre-orders; visit www.comicshoplocator.com to find a store near you.

IDW (NYSE AMERICAN: IDW) is a leading media company providing uniquely compelling stories and characters in various genres for global audiences across all entertainment platforms. The award-winning IDW Publishing and IDW Entertainment divisions holistically evaluate and acquire IP for franchise development across comics and graphic novels, television, theatrical, games, merchandise, and other entertainment platforms, in addition to bringing world-renowned storytelling to life with our creative partners.